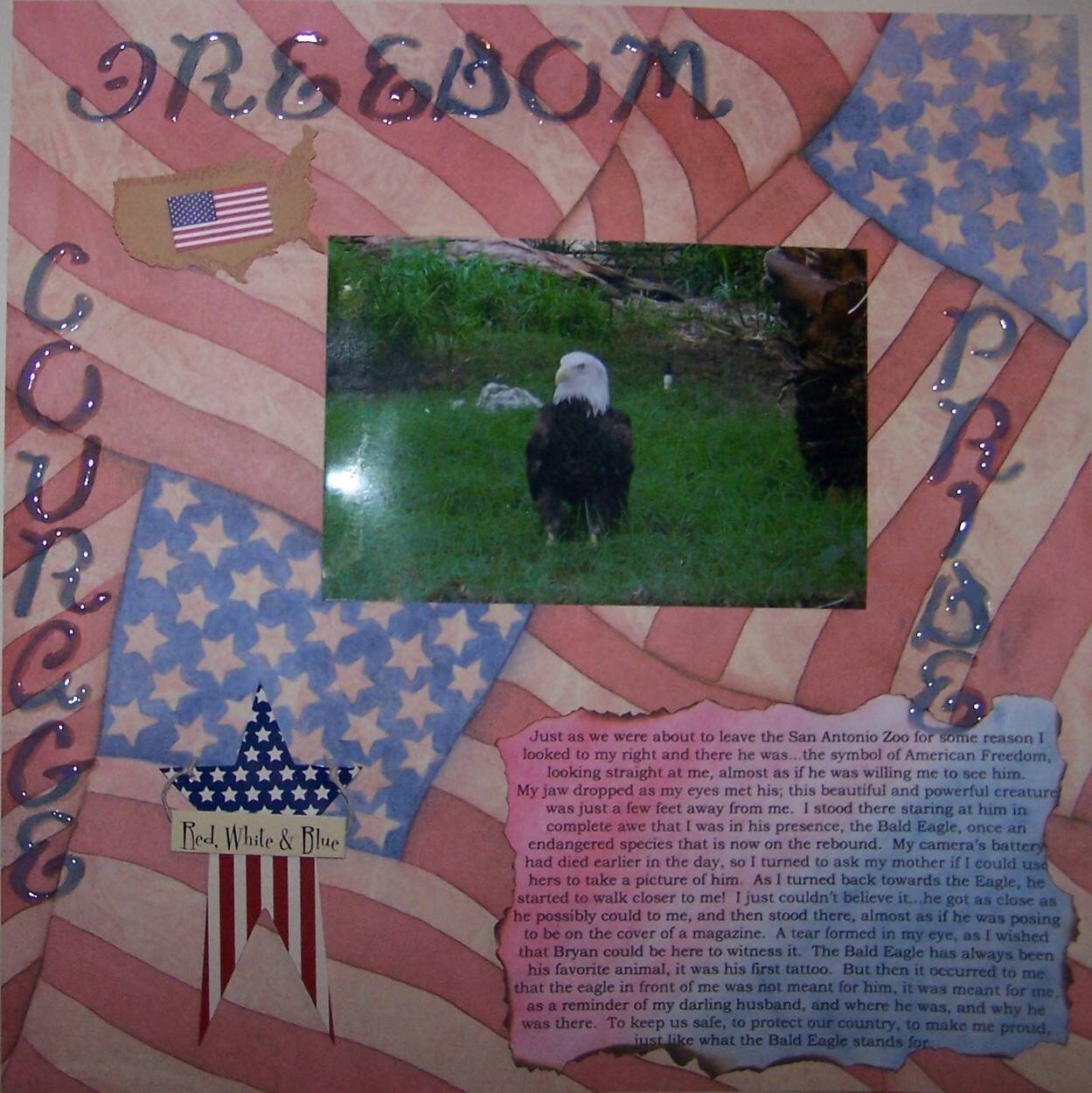 Give a Cheer
wonderful journaling love that photo

USMCMOM
April 14, 2006
the journaling made me cry!! God bless you and your husband. Tell him Thank you from the Spencer FAmily! Lynn

the journaling reads...Just as we were about to leave the San Antonio Zoo for some reason I looked to my right and there he was...the symbol of American Freedom, looking straight at me, almost as if he was willing me to see him.
My jaw dropped as my eyes met his; this beautiful and powerful creature was just a few feet away from me. I stood there staring at him in complete awe that I was in his presence, the Bald Eagle, once an endangered species that is now on the rebound. My cameras battery had died earlier in the day, so I turned to ask my mother if I could use hers to take a picture of him. As I turned back towards the Eagle, he started to walk closer to me! I just couldnt believe it...he got as close as he possibly could to me, and then stood there, almost as if he was posing to be on the cover of a magazine. A tear formed in my eye, as I wished that Bryan could be here to witness it. The Bald Eagle has always been his favorite animal, it was his first tattoo. But then it occurred to me that the eagle in front of me was not meant for him, it was meant for me, as a reminder of my darling husband, and where he was, and why he was there. To keep us safe, to protect our country, to make me proud, just like what the Bald Eagle stands for.


I used a stencil &amp; chalked the title then used a glaze to make it glossy &amp; stand out. On the journaling I chalked &amp; then burned the edges to give it a nostalgic look

See All Projects by Renomom