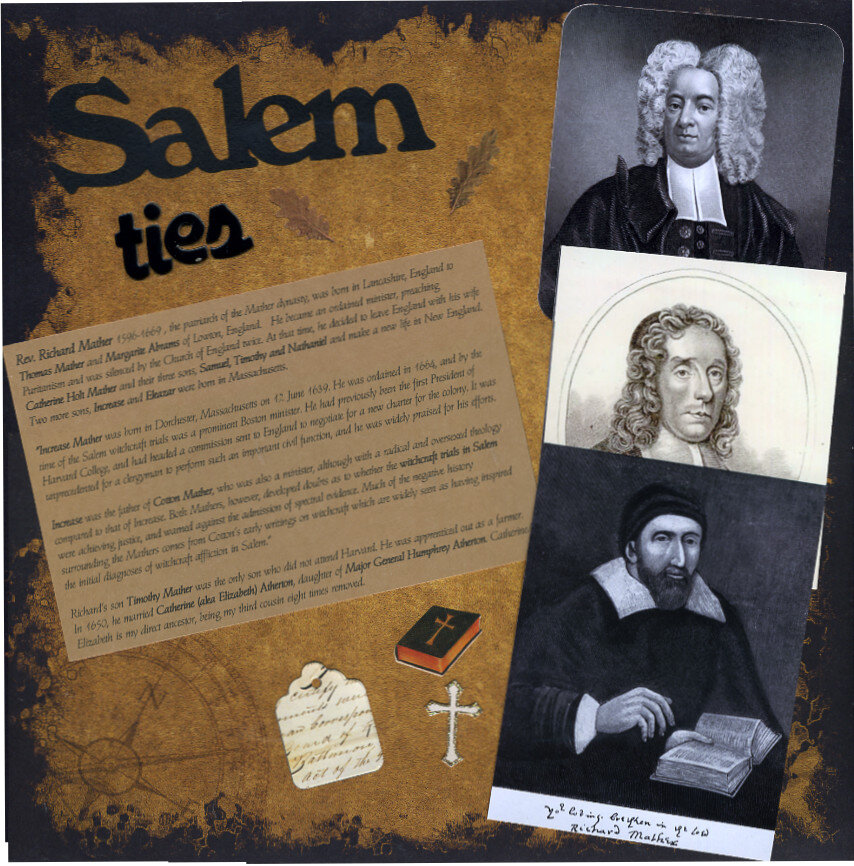 Give a Cheer
Cotton Mather certainly had a great influence on witchcraft and puritanical thinking. Thanks for sharing.

Rev. Richard Mather 1596-1669 , the patriarch of the Mather dynasty, was born in Lancashire, England to Thomas Mather and Margarite Abrams of Lowton, England. He became an ordained minister, preaching Puritanism and was silenced by the Church of England twice. At that time, he decided to leave England with his wife Catherine Holt Mather and their three sons, Samuel, Timothy and Nathaniel and make a new life in New England. Two more sons, Increase and Eleazar were born in Massachusetts.
"Increase Mather was born in Dorchester, Massachusetts on 12 June 1639. He was ordained in 1664, and by the time of the Salem witchcraft trials was a prominent Boston minister. He had previously been the first President of Harvard College, and had headed a commission sent to England to negotiate for a new charter for the colony. It was unprecedented for a clergyman to perform such an important civil function, and he was widely praised for his efforts.
Increase was the father of Cotton Mather, who was also a minister, although with a radical and oversexed theology compared to that of Increase. Both Mathers, however, developed doubts as to whether the witchcraft trials in Salem were achieving justice, and warned against the admission of spectral evidence. Much of the negative history surrounding the Mathers comes from Cotton's early writings on witchcraft which are widely seen as having inspired the initial diagnoses of witchcraft affliction in Salem."
Richard's son Timothy Mather was the only son who did not attend Harvard. He was apprenticed out as a farmer. In 1650, he married Catherine (aka Elizabeth) Atherton, daughter of Major General Humphrey Atherton. Catherine/ Elizabeth is my direct ancestor, being my third cousin eight times removed.