On the good ship lollipop.

Its a sweet trip to a candy shop

On the sunny beach of Peppermint Bay.

And there you are

Happy landing on a chocolate bar.

See the sugar bowl do the tootsie roll

If you eat too much ooh ooh

You'll awake with a tummy ache.

On the good ship lollipop

Its a night trip into bed you hop

On the good ship lollipop.

"My little pet, you oughta learn the al-pha-bet.

So in my soup I used to get,

All the letters of the al-ph-bet.

I learned them all from A to Z,

And now my mother's giving me,

Animal crackers in my soup

Monkeys and rabbits loop the loop,

Swallowin animals one by one.

In every bowl of soup I see,

Lions and tigers watching me,

I make 'em jump right thru a hoop,

Those animal crackers in my soup

When I get hold

Of the 'Big bad wolf'

I just push him under to drown.

Than I bite him

In a million bits

And I gobble him right down.

When they're inside me

With animal crackers in my soup


Shirley Jane Temple (born April 23, 1928) is an American film and television actress, singer, dancer, autobiographer, and former U.S. Ambassador to Ghana and Czechoslovakia. She began her film career in 1932 at the age of three, and in 1934, skyrocketed to superstardom in Bright Eyes, a feature film designed specifically for her talents. She received a special Academy Award in February 1935, and film hits such as Curly Top and Heidi followed year after year during the mid to late 1930s. Licensed merchandise that capitalized on her wholesome image included dolls, dishes, and clothing. She left the film industry at the age of 12 to attend high school but She appeared in a few films in her mid to late teens and retired completely from films in 1950 at the age of 22.

Her mother encouraged her daughter's infantine singing, dancing, and acting talents, and in September 1931 enrolled her in Meglin's Dance School in Los Angeles, California. About this time, she began styling Shirley's hair in ringlets similar to those of silent film star Mary Pickford.

In April 1934, Stand Up and Cheer! became Temple's breakthrough film. Her salary was raised to $1,250 a week, and her mother's to $150 as coach and hairdresser. In June, her success continued with a loan-out to Paramount for Little Miss Marker.

On December 28, 1934, Bright Eyes was released. It was the first feature film crafted specifically for Shirley's talents and the first in which her name appeared above the title. Her signature song, On the Good Ship Lollipop, was introduced in the film and sold 500,000 sheet music copies. In February 1935, Temple received a miniature Oscar for her 1934 film accomplishments, and added her foot and hand prints to the forecourt at Grauman's Chinese Theatre a month later.

Most Temple films were cheaply made at $200,000 or $300,000 per picture and were comedy-dramas with songs and dances added. Her film titles are a clue to the way she was marketedCurly Top and Dimples, and her "little" pictures such as The Little Colonel and The Littlest Rebel. Temple often played a fixer-upper, a precocious Cupid, or the good fairy in these films, reuniting her estranged parents or smoothing out the wrinkles in the romances of young couples. She was very often motherless, sometimes fatherless, and sometimes an orphan confined to a dreary asylum.

In 1935 a succession of films followed: The Little Colonel, Our Little Girl, Curly Top, and The Littlest Rebel In 1936, Captain January, Poor Little Rich Girl, Dimples, and Stowaway were released.

In 1937, John Ford was hired to direct the sepia-toned Wee Willie Winkie (Temple's own favorite) which was a critical and commercial hit. The only other Temple film released in 1937 was Heidi, which was a story suited to Temple's "slightly more mature personality". Temple's hair had darkened and her ringlets brushed back into curls.

In 1938, Rebecca of Sunnybrook Farm, Little Miss Broadway, and Just Around the Corner were released. The Little Princess was a 1939 success with Temple's acting at its peak.

Producer and studio head for Twentieth-Century Fox, Darryl F. Zanuck focused his attention and resources upon cultivating Temple's superstar status. In 1939 Zanuck declined a substantial offer from MGM to star Temple as Dorothy in The Wizard of Oz and cast her instead in Susannah of the Mounties, her last money-maker for Twentieth Century-Fox.

Shirley Temple was 11 years old at the time she was offered the part of Dorothy in The Wizard of Oz. The part was designed for someone much younger but it would have been easy to make her look younger to fit the child part. When Shirley Temple wasn't available, (and wouldn't until several years later), MGM decided they could not wait that long for her and the part went to Judy Garland who was 16 years old at the time.

Inspirational
Funny
Innovative
Heartwarming (1)
Cute (1)
Beautiful
Add notes for yourself so you can easily search and find this image later.
Add Personal Notes 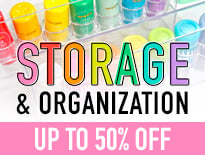 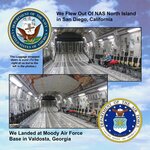 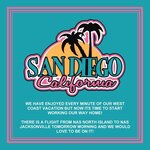