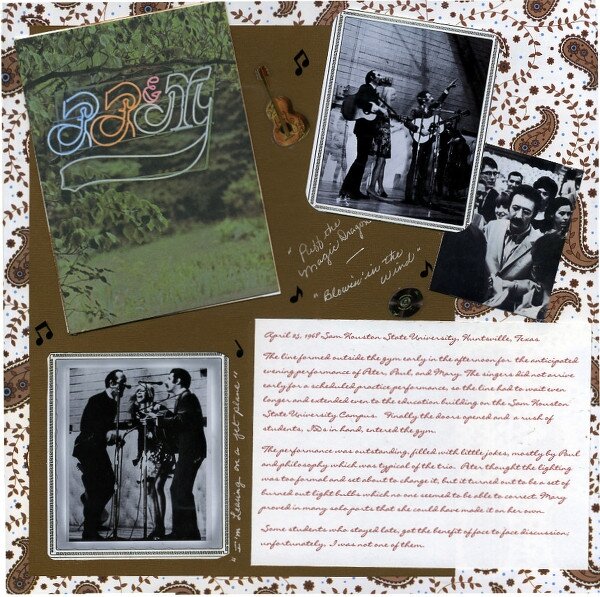 April 25, 1968 Sam Houston State University, Huntsville, TexasThe line formed outside the gym early in the afternoon for the anticipated evening performance of Peter, Paul, and Mary. The singers did not arrive early for a scheduled practice performance, so the line had to wait even longer and extended even to the education building on the Sam Houston State University Campus. Finally the doors opened and a rush of students, IDs in hand, entered the gym.The performance was outstanding, filled with little jokes, mostly by Paul and philosophy which was typical of the trio. Peter thought the lighting was too formal and set about to change it, but it turned out to be a set of burned out light bulbs which no one seemed to be able to correct. Mary proved in many solo parts that she could have made it on her own.Some students who stayed late, got the benefit of face to face discussion; unfortunately, I was not one of them.