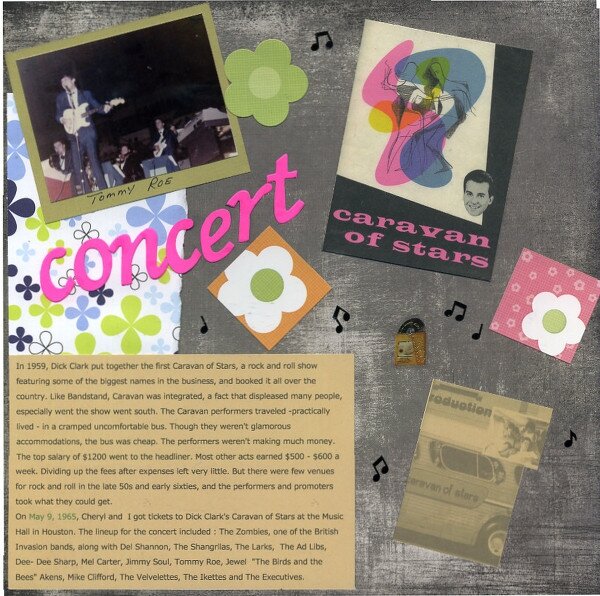 In 1959, Dick Clark put together the first Caravan of Stars, a rock and roll show featuring some of the biggest names in the business, and booked it all over the country. Like Bandstand, Caravan was integrated, a fact that displeased many people, especially when the show went south. The Caravan performers traveled -practically lived - in a cramped uncomfortable bus. Though they weren't glamorous accommodations, the bus was cheap. The performers weren't making much money. The top salary of $1200 went to the headliner. Most other acts earned $500 - $600 a week. Dividing up the fees after expenses left very little. But there were few venues for rock and roll in the late 50s and early sixties, and the performers and promoters took what they could get. On May 9, 1965, Cheryl and I got tickets to Dick Clark's Caravan of Stars at the Music Hall in Houston. The lineup for the concert included : The Zombies, one of the British Invasion bands, along with Del Shannon, The Shangrilas, The Larks, The Ad Libs, Dee- Dee Sharp, Mel Carter, Jimmy Soul, Tommy Roe, Jewel âThe Birds and the Beesâ Akens, Mike Clifford, The Velvelettes, The Ikettes and The Executives.