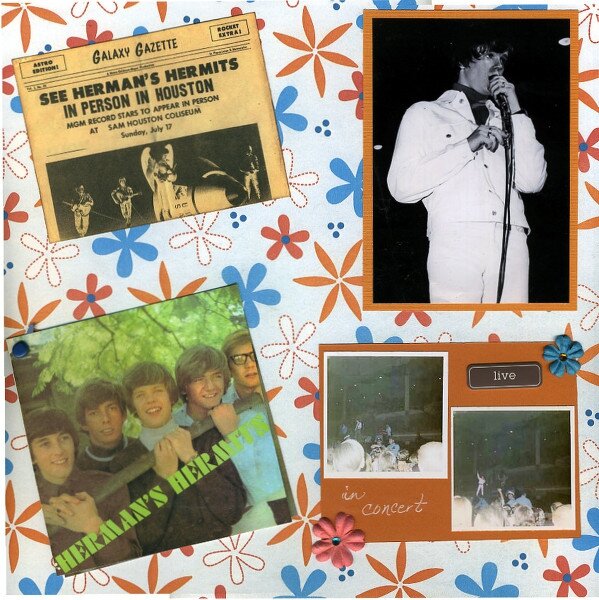 We'd seen The Beatles in the summer of 1965, The Beach Boys on April 3 of this year and the whole touring cast of âWhere the Action Isâ ten days later. Only the week before, July 11, 1966, we'd seen The Rolling Stones with The McCoys and The Standells. Now here it was July 17 and we were at the Sam Houston Coliseum again, waiting to see Herman's Hermits with an all star supporting cast featuring The Animals! Unlike the seats for The Beatles concert, where we were seated in the balcony and behind the stage, this time our seats were down front, close enough to see the Houston Police Officers who surrounded the stage, but still not good enough to get great pictures. We did take photos though and Herman's white pants and jacket are clearly visible in the shots. Peter Noone (better known as Herman) sang his newest release âThis Door Swings Both Waysâ as well as old favorites like âHenry the 8thâ and âMrs. Brown, You've Got a Lovely Daughterâ. The Animals sang their smash hit âHouse of the Rising Sunâ in addition to many other songs.On stage with the two headliners were singer, Gene Thomas and The Six Pents, a local Houston band.Cheryl and I consider those days as some of the best of our lives! What lucky kids we were to have our parents give us the gift of music in the shape of The Best Concerts of the Sixties.