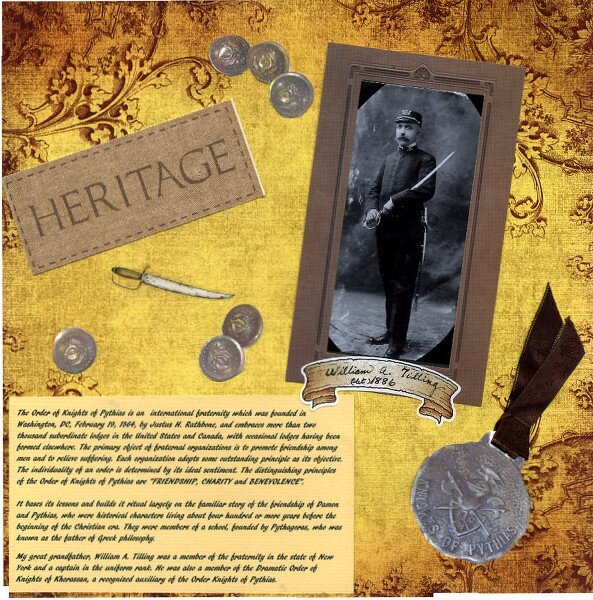 The Order of Knights of Pythias is an international fraternity which was founded in Washington, DC, February 19, 1864, by Justus H. Rathbone, and embraces more than two thousand subordinate lodges in the United States and Canada, with occasional lodges having been formed elsewhere. The primary object of fraternal organizations is to promote friendship among men and to relieve suffering. Each organization adopts some outstanding principle as its objective. The individuality of an order is determined by its ideal sentiment. The distinguishing principles of the Order of Knights of Pythias are âFRIENDSHIP, CHARITY and BENEVOLENCEâ. It bases its lessons and builds it ritual largely on the familiar story of the friendship of Damon and Pythias, who were historical characters living about four hundred or more years before the beginning of the Christian era. They were members of a school, founded by Pythagoras, who was known as the father of Greek philosophy. My great grandfather, William A. Tilling was a member of the fraternity in the state of New York and a captain in the uniform rank. He was also a member of the Dramatic Order of Knights of Khorassan, a recognized auxiliary of the Order Knights of Pythias.