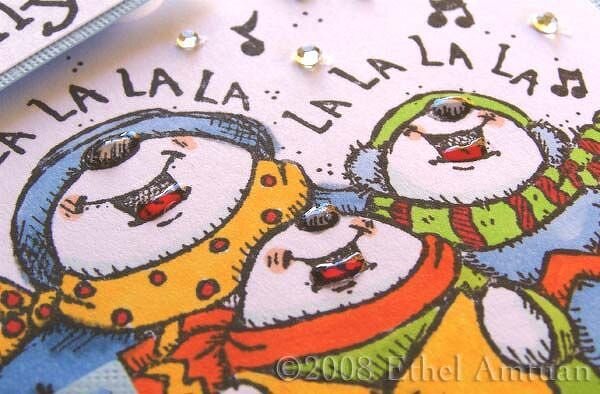 'Tis the Season to be Jolly

The image and sentiment are by Whipper Snapper Designs. I bought these stamps in 2004, and to this day, I have so much fun creating with these Jolly Snowmen! What I loved most about making this card is the ability to use tools which were not available to me in 2004. Diamond Glaze, for example, was something I had discovered a year after I had bought these stamps. For this card, I used it on the snowmen's tongues and noses. I was introduced to Liquid Applique also just three years ago; and the bling, brads and Sizzix die just last year. I colored these cuties with COPIC markers, which is something that I had just discovered this year. It's terrific that an older image can be renewed year after year, as new ideas and new products come out in the market. Are you planning on making a lot of Holiday cards this year? I hope that you enjoy the time creating them as much as I do!

See All Projects by Lucasmom