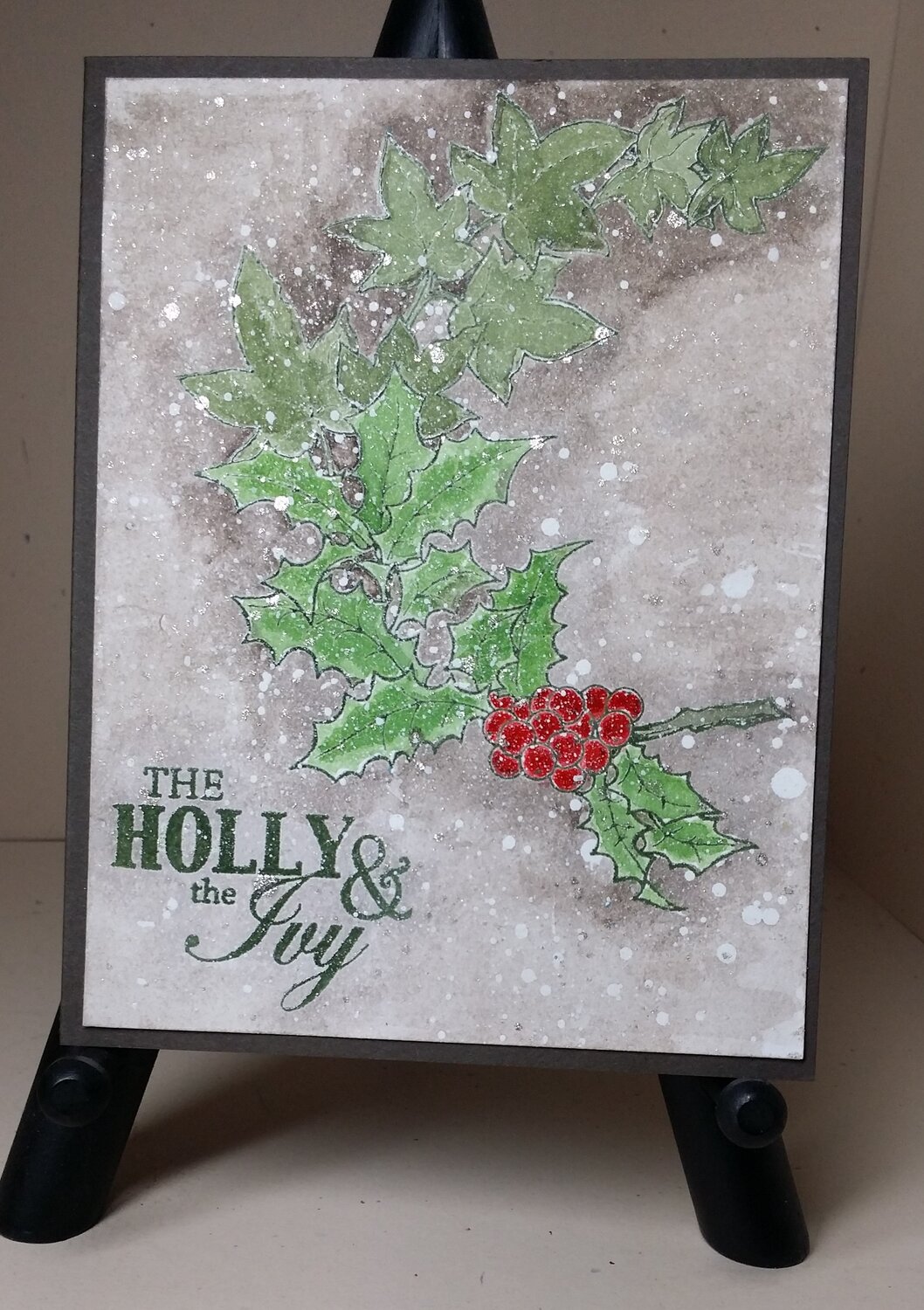 Give a Cheer
Love this card! Really beautiful!!

0612
November 21, 2018
I absolutely love what you have done with this pretty image! Very beautiful! TFS

Woodware The Holly and the Ivy

I stamped these images a year ago. I had not planned to use watercolors so I used 80-lb cardstock. A few days ago, I ended up using watercolors and wished I had stamped on watercolor paper. Oh, well. I very carefully painted the images and thought I would just use a red mat and a white card base and be done. However, they just seemed too pristine to me and didn't have much personality. So I did what I did to save my bird cards last year--splatter masking fluid and add a wash of watercolor to the backgrounds. When that was dry and I had removed the masking fluid, I tried splattering some white Liquid Pearls. However, the little bottle was old and the paint was no longer fluid. I added some water, and I was able to use it, but I only used it on one of the eight cards. Then I switched to Wink of Stella to add splatters. It looks pretty cool in real life.

I lined the bottom of the box I used with paper towels. When I saw how pretty they were after splattering all that Wink of Stella, I wished I had lined the box with good cardstock instead. BTW, I started out removing the masking fluid with my finger then switched to that little square adhesive eraser most of us have somewhere in our stash. The eraser did a better job and was easier to use; I'll never use my fingers again.

See All Projects by Djc