More from the Naval Aviation museum. For some reason this plane fascinated me. Journaling taken from their website.

Journaling: Derived from designs by William B. Stout, the famous Ford Tri-Motor came into being following Henry Ford's purchase of the Stout Aircraft Company. Designated the 4-AT, the design followed an earlier, unsuccessful aircraft, the 3-AT, which engineers Harold Hicks and Tom Towle reworked to produce the iconic aircraft. The resulting Tri-Motor went from the drawing boards to flight in just over four months, its first flight in June 1926.
The Navy became interested in the aircraft as a potential transport or cargo carrier, ordering a single example of the 4-AT-A in March 1927. Designated XJR-1 the aircraft was tested in 1928 and served until retired in 1930. Meanwhile, improvements were being made so rapidly that it was said that no two Tri-Motors were the same. Two 4-AT-Es were purchased in 1929. Designated JR-2s, they were assigned to the Marines and were powered by three 300 horsepower Wright J6-9 engines rather than the original 200 horsepower J-4 engines of the prototype, giving them improved performance. In 1930, three JR-3s, with enlarged wings and Pratt & Whitney Wasp engines were purchased, one for the Navy and the other two for the Marines. Shortly after, the aircraft were redesignated RR-2 and RR-3. A single Model 5-AT-C was later purchased and designated RR-4. Finally, two Model 4-AT-Ds were acquired, one each for the Navy and Marines, and designated RR-5s.
While very useful to the Navy and Marine Corps, the Tri-Motor is best known for its contribution to the growth of U.S. commercial aviation. It, and the Curtiss-Wright Condor, made commercial airlines practical and profitable a decade before the advent of Douglas' DC series or the Boeing 247.

posted in AIRCRAFT IN THE SPOTLIGHT on September 23, 2013
Built in 1928, the museums example of the Ford Tri-Motor was initially delivered as a 4-AT-B version before conversion to the 4-AT-E configuration. The Union Electric Light and Power Company in St. Louis, Missouri, initially owned the airplane before it was purchased by W.A. Monday, who painted Wyomings Flying Hero on the side and a caricature of a cowboy on the tail and flew around the state.
In 1939, Johnson Flying Service of Missoula, Montana, became the next owner of the airplane, employing it in its fire fighting operations. Established by Bob Johnson in 1926, the organization helped pioneer the employment of smokejumpers, specially trained firefighters that parachuted into remote areas to fight forest fires. On July 12, 1940, Rufus Robinson and Earl Cooley parachuted from a Johnson Flying Service airplane, giving birth to the smokejumper program, one that lasts to this day. The museums airplane hauled smoke jumpers and cargo in support of fire fighting efforts into the mid-1950s.
In May 1969, Mr. Dexter D. Coffin, Jr, of Palm Beach, Florida, purchased the airplane, which had the distinction of being the last Tri-Motor operated by the Johnson Flying Service. After flying it for a period of time in air shows, in April 1973, he offered to donate the airplane to the museum. Arriving just in time for the opening of the new museum building in 1974, the aircraft has resided in what is now the south wing ever since, a testament to a bygone era when the Tin Goose allowed many Americans to experience the joy and wonder of soaring aloft. It is One of the most successful aircraft in history, the famed Ford Tri-Motor was used by more than 100 airlines worldwide, and many operated for more than a half century. Nine Tri-Motors, in five different models, were operated by the Navy and Marine Corps between 1927 and 1935. Designated RR-2 through 5 by the Navy, the first example was ordered in March 1927.

Inspirational
Funny
Innovative
Heartwarming
Cute (1)
Beautiful
Add notes for yourself so you can easily search and find this image later.
Add Personal Notes 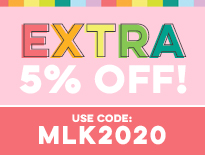